A persuasive essay provides detailed and factual evidence to demonstrate certain facts as more valid and acceptable than others. You will need compelling evidence and accurate data to disprove the opposing perspectives. Extensive research becomes mandatory for writing a persuasive essay. It is necessary to understand all the aspects and perspectives of the issue before you pick a side.

Take a look at this example of a persuasive essay on cloning. Carefully go through each of the paragraphs to see how an argument is built gradually by providing facts, statistics and examples along the way.

Cloning is a modern-day technology, which makes identical genetic copies of organisms. The cloned organism and the original biological entity has identical DNA structure, genes, cells and tissues. Though there are instances in nature where cloning happens naturally, they are completely different from that of artificial cloning in terms of genetic manipulation.  Genetic variation becomes an absolute necessity for every organism in order to survive the severe changes in the environment.

Human cloning does not allow the crossover of genes. It stands as a hindrance in the path of survival, evolution and mutation.

It does not take into account the consent of a person for the research they would be involved in or considers the risk and consequences. Several scientific organisations banned human cloning and genetic advancements on animal cloning as the safety measures could not be ensured.

It has raised serious moral and ethical questions on whether this practice should be allowed to continue.

The ethical aspects of cloning humans come mainly from a theoretical standpoint as it’s still not commercially legal. However, animal cloning has already been practised for quite some time now in livestock production and several global eateries. This has also been criticised time and again by human and animal rights organisations because of the poor quality of life it promotes.

In 1996, scientists at the Roslin Institute in Scotland cloned a sheep named Dolly (after 276 failed attempts). Dolly died after living only for 6 years where as the natural lifespan of sheep is 12 years. This was because Dolly’s DNA was taken from a sheep that was already 6 years old. This proved that a cloned animal would not live a natural life but will be dependent on the genetic code of its parent animal.

When an animal is cloned, the resultant being will contain all the diseases and deformities present in the genetic code of the original animal.

Multiple copies of that same gene will cause the same ailments in the newly cultivated being. Defects in vital organs of the body, premature aging, and an extremely weak immune system are a few of the several other health effects that have been observed on the animals which were cloned.

Cloning of humans stands in direct conflict with the principles of individual identity, consent, freedom and autonomy.

Though it is still bound to theoretical discussions and has not yet been implemented, we can guess the oppression and abuse that human's clones will be subjected to. Over the years, it has become clear that technology has been severely abused by those in power and it still isn’t safe for such a great leap. With rampant racism, sexism, poverty and violence all over the world, the cloned organisms can be exploited as slaves or lab rats only for the benefit of the strong against the weak.

There is a high risk that the cloned organisms will be treated as second-class citizens and be fatally abused.

Cloning can jeopardise with the self-assertion and identity of humans where a large no of people will be cloned only to be forced to join the military, army or can be treated as slaves serving the purpose of human labour.

Cloning of humans will require a large number of eggs to be donated for one attempt to be successful. It will result in the extreme violation of human rights of women, as it will involve complicated hormonal treatment to induce ovulation. People from the backward community will be forced into this system of exploitation due to their constant need for money. They might even be forced to make voluntary donations by neglecting the health risk they will be subjected to.

Keira is a PhD expert with a specialization in Communication, Cultural & Media Studies from a prestigious university. Having been scammed by online academic writing services as a PhD student, Keira took up the responsibility of weeding out the scammers. When she is not busy stalking these money mongers, you can find her travelling to the most bizarre destinations or breathing life into her crazy imagination, on her canvas.

6 Things Selectors Look for While Reviewing an Admission Essay 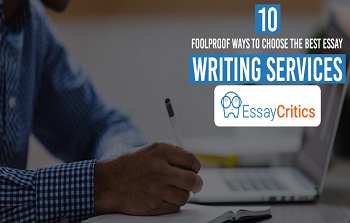 How to write a persuasive essa...

To receive more news on the leading assignment writing services that help you pick the one most suited to your scholastic requirements, subscribe to our newsletter now!